It's been a long time since I dreamed of scoring a shooter: the choice fell on Halo, one of my favorites, and I decided to create an 'alternative' soundtrack to the teaser. For the composition I have worked with The Jinxed Bard; his orchestral atmospheres blended perfectly with my electronic sound, and I am very satisfied with the result. This is the first in a series of themed videos where our genres will merge to create something new.

In the year 1982 TRON premiered in cinemas: a video game programmer finds himself trapped in a virtual world. I decided to pay homage to this masterpiece by scoring the images of the modern TRON EVOLUTION videogame. Have a good listening!

It was 1993, the first level was already spectacular: an android running and jumping along the streets of a crazy city, in a kind of dystopian future with cyberpunk atmospheres. Mega Man X had nothing to do with its predecessors: it was another story, another era, so compelling that I still play with it today.

I'm a huge fan of Sonic and my song Broken Cables seems like the perfect soundtrack for his adrenaline-pumping racing!

This is Prototype 3, a micro-game that I developed with Unity and for which I created an 8-bit soundtrack.

In the year 1985 Super Mario Bros was released on NES. Level 1, with its historical 8-bit soundtrack has remained in the hearts of millions of kids, now adults. I decided to make an original version out of it. Enjoy it!

"Video game music is the soundtrack that accompanies video games. Early video game music was once limited to simple melodies of early sound synthesizer technology. These limitations inspired the style of music known as chiptunes, which combines simple melodic styles with more complex patterns or traditional music styles, and became the most popular sound of the first video games."

"With advances in technology, video game music has now grown to include the same breadth and complexity associated with television and film scores, allowing for much more creative freedom. While simple synthesizer pieces are still common, game music now includes full orchestral pieces and popular music. Music in video games can be heard over a game’s title screen, options menu, and bonus content, as well as during the entire gameplay. Today’s soundtracks can also change depending on a player’s actions or situation, such as indicating missed actions in rhythm games."

"Video game music can be one of two options: original or licensed. In order to create or collect this music, teams of composers, music directors, and music supervisors must work with the game developers and game publishers."

"The popularity of video game music has expanded education and job opportunities, generated awards, and allowed video game soundtracks to be commercially sold and performed in concert."

[ from Wikipedia, the free encyclopedia. ] 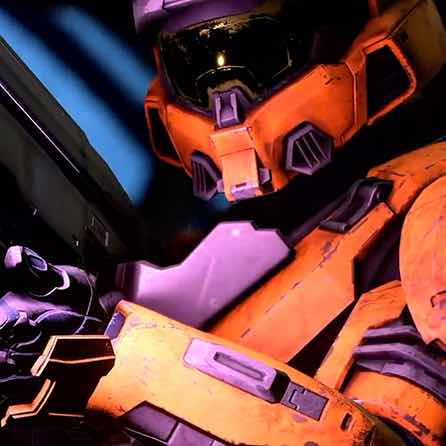